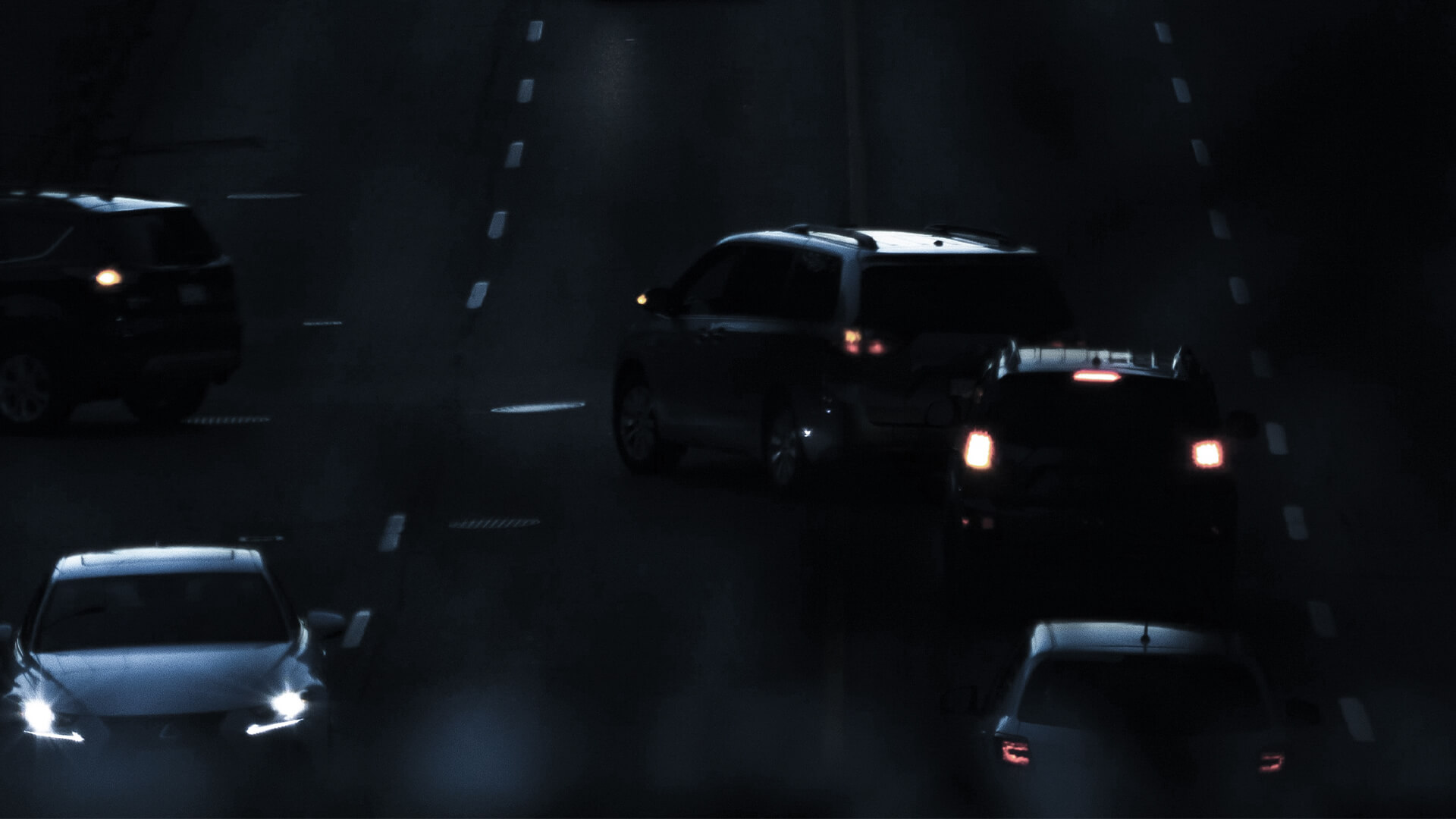 Who is liable when a New Orleans police chase causes an accident?

It is no secret that we see a lot of crime in New Orleans and its surrounding areas and so the NOPD and its police officers are frequently faced with a suspect who attempts to flee their inquiry, arrest, or capture which can lead to a “police chase.” Sometimes, these pursuits involve NOPD vehicles and, unfortunately, sometimes these high speed pursuits can lead to serious injury.

When Should the Police Chase or Pursue a Suspect in a Car Chase?

On 12/6/15, the NOPD adopted a policy regarding suspect pursuit chases due to the federal consent decree and in recognition of the fact that they are inherently dangerous.

It states: “This Department’s response to those who unlawfully flee from law enforcement action shall stress a balance between the importance of apprehending offenders and the highrisk nature of vehicle pursuits.

Therefore, officers may engage in a pursuit only when they have a reasonable suspicion that a fleeing suspect has committed or has attempted to commit a crime of violence as defined by this Chapter and the escape of the subject would pose an imminent danger of death or serious bodily injury to the officer or to another person. Pursuits for property offenses, misdemeanor offenses, traffic, or civil infractions are prohibited.

Officers must receive supervisory approval prior to initiating the pursuit. Officers are not authorized to engage in a vehicle pursuit in order to subdue an escaping suspect who presents no imminent threat of death or serious injury. Vehicle pursuits may never be used for the protection of property.”

According to the consent decree, pursuits for property offenses, misdemeanor offenses and traffic or civil infractions are prohibited for the Police Department. Officers need to receive supervisory approval before initiating a pursuit. The policy states:

Upon express supervisory approval, officers are authorized to initiate a pursuit ONLY when:

(a) an officer can articulate that a suspect is attempting to evade arrest or detention for a crime of violence as defined by this Chapter;

(b) the escape of the subject would pose an imminent danger of death or serious bodily injury to the officer or to another person; and

(c) the suspect is fleeing in a vehicle after having been given a signal to stop by a commissioned member who has identified themselves as a police officer (e.g., in uniform, in a marked police unit, showing badge and ID. – see: definition of Professional Presence Chapter 1.3 – Use of Force).

10. Officers must receive supervisory approval prior to initiating the pursuit. Pursuits for misdemeanor offenses, traffic, or civil infractions are prohibited. Dangerous driving during a pursuit does not justify a continued pursuit.

11. Factors that shall be considered, both individually and collectively, when deciding to initiate or continue a pursuit include:

(a) The seriousness of the known or reasonably suspected crime of violence as defined by this Chapter and its relationship to community safety.

(b) The importance of protecting the public and balancing the known or reasonably suspected offense, and the apparent need for immediate apprehension against the risks to officers, innocent motorists and others.

(c) The nature of the fleeing suspect (e.g., Whether the suspect represents a serious, ongoing threat to public safety. Reckless driving during the pursuit does not justify a continued pursuit).

(d) The identity of the suspect has been verified and there is minimal risk in allowing the suspect to be apprehended at a later time.

(e) The safety of the public in the area of the pursuit, including the type of area, time of day, the amount of vehicular and pedestrian traffic (e.g., school zones) and the speed of the pursuit relative to these factors.

(g) The weather, traffic and road conditions that unreasonably increase the danger of the pursuit when weighed against the risks resulting from the suspect’s escape.

(h) The performance capabilities and type of authorized emergency vehicles used in the pursuit in relation to the speed and other conditions of the pursuit.

(j) Other persons in or on the pursued vehicle (e.g., passengers, co-offenders and hostages).

(l) The police unit is carrying passengers other than on-duty police officers (e.g., ride-along, emergency transport of civilians, prisoners, etc.). Pursuits shall not be undertaken with a passenger in the pursuit vehicle.

When Should a NOPD Pursuit that was Lawfully Started by Stopped?

12. Pursuits should be terminated whenever the totality of the circumstances, known or which ought to be known to the officer or supervisor during the pursuit, indicate the present risk of continuing the pursuit appears to outweigh the risk resulting from the suspect’s escape. While the Department has restricted pursuits to violent crimes, there are situations where conditions require these pursuits to be terminated.

13. The following factors should also be considered when deciding to terminate a pursuit:

(a) The distance between the pursuing officers and the fleeing vehicle is so great that further pursuit would be futile or require the pursuit to continue for an unreasonable time or distance.

(b) The pursued vehicle’s location is no longer definitely known (visual contact is lost).

(c) The officer’s pursuit vehicle sustains damage or a mechanical failure that renders it unsafe to operate.

(d) The pursuit vehicle has an emergency equipment failure that causes the vehicle to no longer qualify for authorized emergency vehicle status.

(e) The hazards to uninvolved bystanders or motorists.

(h) When the pursuit is futile, such as when the suspect continues to flee and there is no plan to get him or her to stop.

Additionally, the New Orleans Police Department’s own procedures state the mechanisms the NOPD must use to comply with the pursuit policy:

3. A vehicle pursuit shall be conducted using an authorized emergency vehicle that is equipped with a siren and proper emergency lighting. The officer shall ensure that they have given the suspect they are attempting to stop both a visual and an audible signal to stop by activating their vehicle’s emergency lights and siren (see. La. R.S. 14:108.1).

(a) Proceed past a red light, stop signal or stop sign, but only after slowing down as may be necessary for safe operation.

(b) Exceed the speed limit so long as the officer does not endanger life or property.

(c) Disregard regulations governing direction of movement (however, movement against traffic flow is not authorized by this Department) or turning in specified directions as long as the officer does not endanger life or property.

(d) Park or stand in a roadway, irrespective of traffic regulations.

What Happens if I was Injured During a Vehicle Pursuit by a New Orleans Police Department Officer?

Just like in any case in New Orleans or Louisiana, if you are injured by the negligence of another, you may have a personal injury claim for damages. Louisiana law allows for holding the police department liable for damages that it causes when it recklessly or negligently conducts a police chase. See, e.g., White v. Normand, 222 So.3d 205 (La. App. 5 Cir. 2017). However, just because a police officer conducts a vehicle pursuit that results in injury does not mean that they are automatically liable for the injury or damages. Vehicle pursuit cases involve a specialized analysis of the accident. An experienced personal injury attorney will need to evaluate the specific facts and circumstances of the pursuit and injury and determine who are purported responsible parties. Because Louisiana is a comparative law negligence state, even if a party is only partially at fault in causing an accident, they can be held responsible for some of your injuries. It is important to consult an experienced personal injury attorney in these cases because proving who is the at-fault driver, what standard the court will apply (ordinary negligence or gross negligence), and analyzing the police department pursuit guidelines is complicated.

In the Broodmoor Unity 1 Beauty Supply & Hair Salon fire and accident, for example, a personal injury attorney may attempt to make a claim against the NOPD if the NOPD officers violated the pursuit policy or conducted the vehicle pursuit in a negligent matter as well as the driver of the stolen vehicle.